In it for the Long Haul: Cruise Line Marks 147 Years of Sailing History

River or Ocean Cruises
These historic photos and delightful vintage posters trace one of the longest journeys of any cruise line. Holland America Line commemorates its 147th anniversary in April 2020. 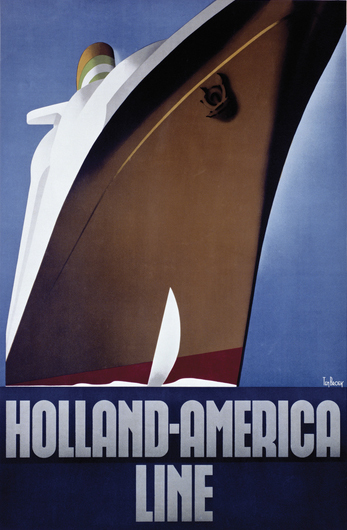 While 147 years is not the round number milestone that usually marks big anniversary celebrations, this anniversary takes place while travel has paused globally and HAL cruise operations have temporarily ceased for only the second time in its storied past.
Today’s historic times have given us all a moment to reflect, and HAL is no different. In the context of both a global pandemic shutting down travel and another year of a long legacy, the cruise line has recalled its witness to other challenging world events as it looks towards another bright future. 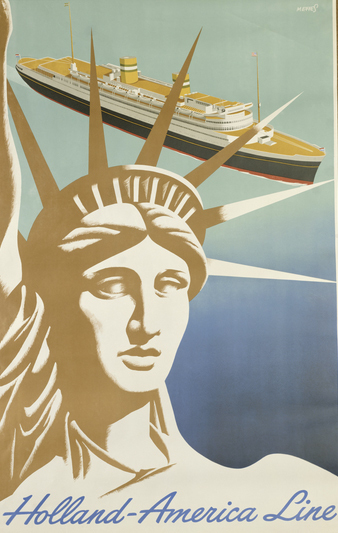 Roots in Rotterdam
Holland America Line was founded on April 18, 1873, as the Netherlands-American Steamship Company, in Rotterdam. The city was then and remains one of the most important ports in the world. Today, Rotterdam is the busiest port in Europe and the 4th largest port in the world, and it’s still the European home of HAL.

In the 1870’s, the line wasn’t about holiday cruising, it was about passage across the North Atlantic between Rotterdam and New York City. By the turn of the century the company had already transported 400,000 people from Europe to a new life in America and played a central role in business and ties between the Old and New Worlds. 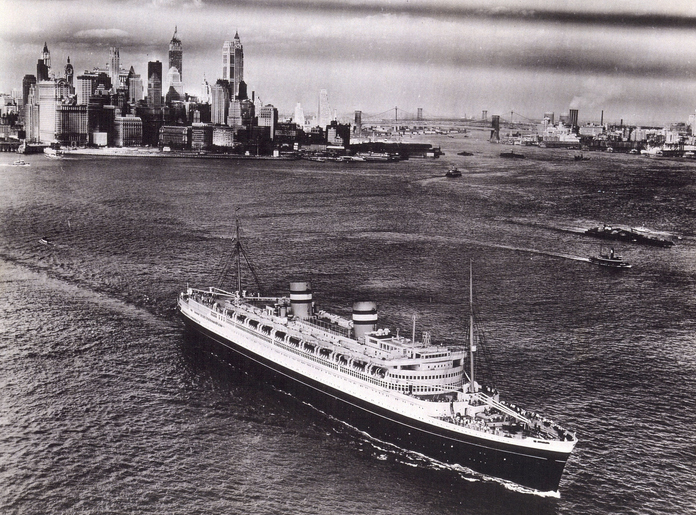 Leisure cruises on the line began before the turn of the century, but as conflicts arose in the 20th century, the cruise line - known for its fleet of ‘dam’ ships (all named in words ending in ‘dam’) - answered the call.
During the First World War, Holland America’s Ryndam converted from ocean liner to transport for the US Navy.
Ceasing Operations… the First Time
Just over 20 years later, the Second World War was the first occasion when all passenger operations ceased as HAL ships were called to serve in the Allied war effort. 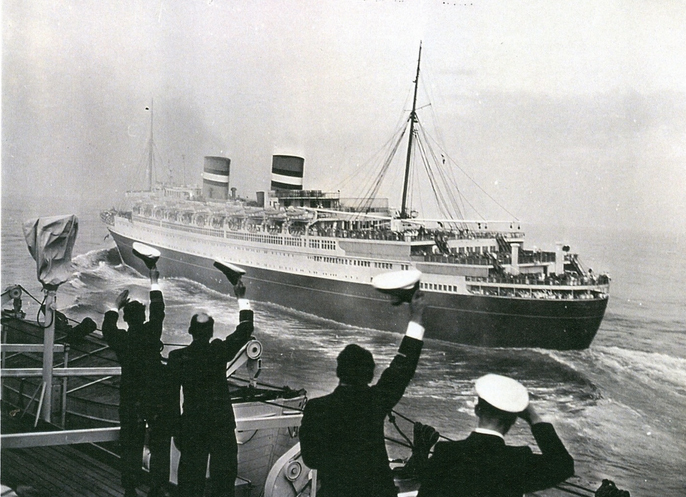 Holland America Line’s original Nieuw Amsterdam sailed half a million miles during the war, transporting close to half a million military personnel. A sister ship berthed in England served as the seat of the displaced Dutch government while the country was occupied.
Of 25 HAL ships in existence at the start of the Second World War, only 9 remained when it was over.
It rebuilt its fleet and renewed the stylish leisure cruising business that began to boom in the decades since WW2. 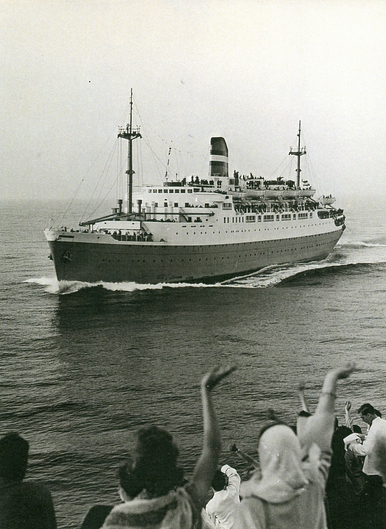 150 Ships over 147 Years and Looking to the Future
Since 1873, Holland America Line has traveled to all seven continents, offered decades of world cruises, and explored Alaska for more than 70 years. 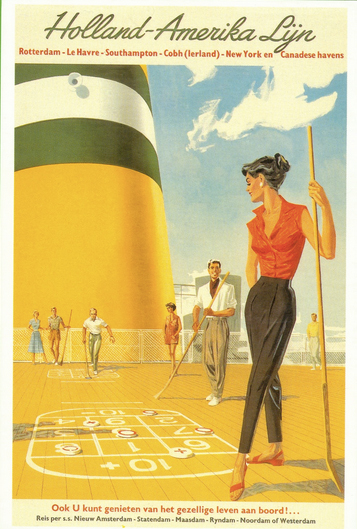 The brand has welcomed more than 150 ships throughout the years, with a number of ‘retired’ ships’ names resurrected for new ships in honor of the line’s history.
Each time a new ship joins the fleet it’s a celebration of this legacy and marks the next chapter in the company’s history. While a beloved American brand now, the cruise line retains its links to its roots. Dutch design, culture and culinary highlights are featured on ships and members of the Dutch Royal Family have christened a dozen Holland America Line vessels. 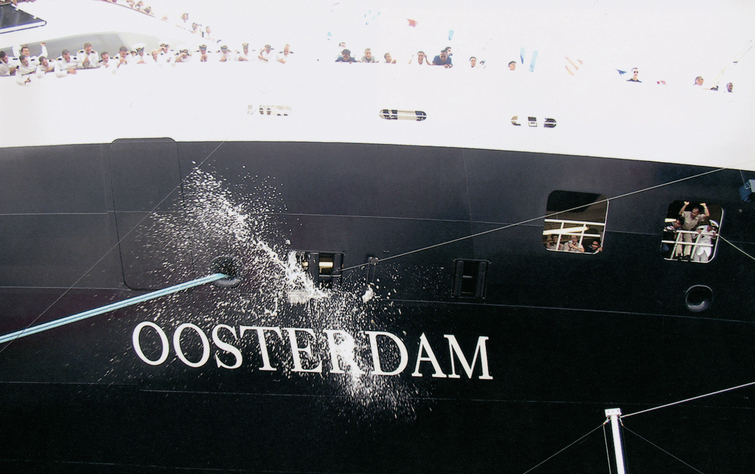 HAL continues to welcome new ships to its fleet. Its third Pinnacle-class ship, Ryndam, is scheduled for delivery in late spring 2021.
Today’s Holland America guests enjoy some of the best live music at sea at venues including Lincoln Center Stage, B.B. King’s Blues Club, Rolling Stone Rock Room and Billboard Onboard. The line’s renowned dining experience can be savored at a variety of restaurants with menus that feature selections from Holland America Line's esteemed Culinary Council, comprising world-famous chefs who design dishes exclusively for guests. 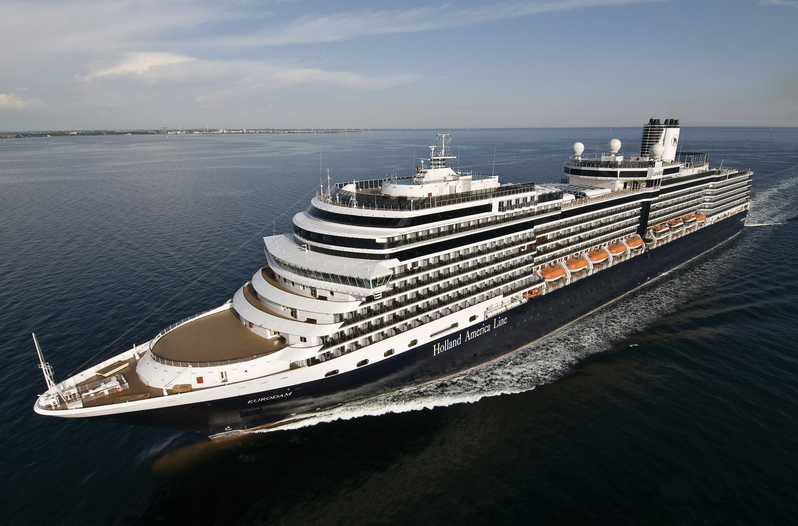 “Our 147th anniversary reminds us that Holland America Line has one of the deepest histories and richest legacies in the cruise industry,” said Orlando Ashford, current president of Holland America Line.
“We stand on a solid foundation built by those that came before us over nearly a century and a half, and just as they weathered uncertain times, we will as well. Holland America Line will be back taking guests around the world as soon as we can, and we can’t wait to welcome everyone back on board.”
Images and posters courtesy Holland America Line.
Copyright BestTrip.TV/Influence Entertainment Group Inc or Rights Holder. All rights reserved. You are welcome to share this material from this page, but it may not be published, broadcast, rewritten or redistributed.

In it for the Long Haul: Cruise Line Marks 147 Years of Sailing History